Summer is coming and that means the world will begin celebrating Pride with most celebrations ramping up in late April and May.

With most gay prides happening in the month in May and June, tickets, marches, parties and other Pride events are already set for some of the biggest pride celebrations in the world – including World Pride being held in New York City this year.

We don’t normally promote companies that we think take advantage of celebrations like this, but we have to say these kicks are kinda dope. So it’s not too early to start thinking about how you can wear your pride. Converse is help to complete your queer outfits with their new PRIDE collection. In a press release from Converse, here’s what the company had to say about their new customized Gay Pride sneakers:

In 1969, the Stonewall Riots sparked a movement for LGBTQ+ rights and thousands took to the streets to fight for equality. Today., we’re celebrating the LGBTQ+ community and their allies with this new line of PRIDE-worthy Chucks.

Take a look at some of the designs that the company has come up with below:

And this year, the company is promoting their first trans sneakers. The Trans color shoes retail for $80. Customers interested in supporting trans rights can customize their Pride shoes to add Trans Pride accents and flair.

However you feel about corporations participating in gay Pride celebrations, the move by Converse is a big step forward symbolically. 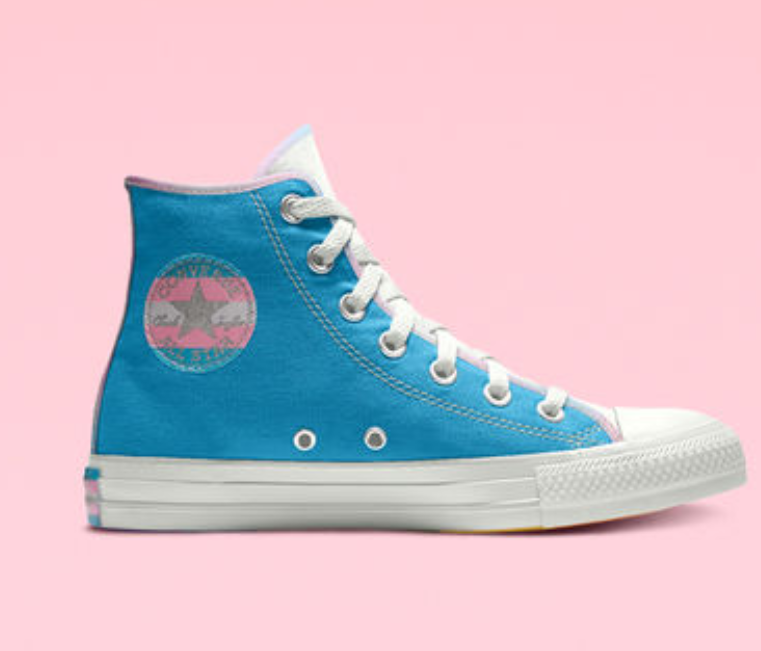 Whatever your identity in the LGBTQ+ community, you have options. You can choose from Converse’s exisiting gay PRIDE designs and selection or personalized your own PRIDE sneakers to best suit your outfit. Celebrate love and equality in rainbow-colored Chucks, or however you want to express yourself.